WALK THROUGH THE CORRIDORS OF TIMELESS LUXURY AND HERITAGE SINCE 1903

Draped in luxury and legacy, is our flagship hotel - The Taj Mahal Palace, Mumbai. An icon that stands like a mirage by the Arabian Sea and embodies the indomitable spirit of 'The City of Dreams'.

India's first and finest luxury hotel in Mumbai, welcomes you to discover what makes it truly legendary. 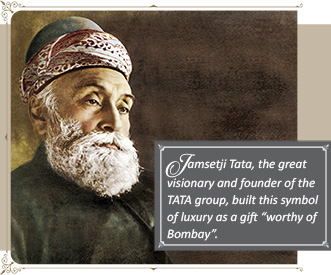 GENESIS OF THE TAJ

Designed originally by Indian architects Raosaheb Vaidya and DN Mirza, the foundation of The Taj Mahal Palace was laid in 1898 and built by Sorabji Contractor who also designed the famous central cantilevered staircase. The hotel opened its gates to its first 17 guests on 16 December 1903, even before the foundation for the Gateway of India was laid in March 1911.

DIAMOND BY THE SEA

With its Indo-Saracenic arches and distinctive red-tiled Florentine gothic dome, carved with Victorian Gothic and Romanesque details along with Edwardian touches on the roof, it is truly an architectural jewel. The massive 240-feet high central dome serves as an official daytime triangulation point for ships of the Indian Navy, to this day! 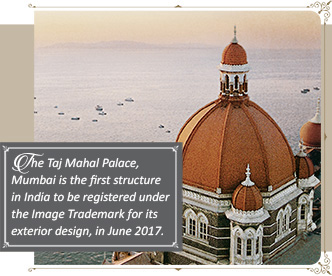 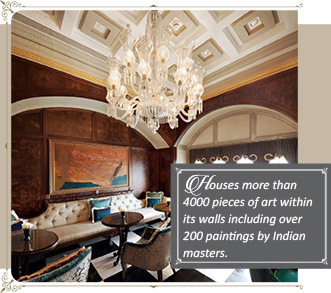 ART AT THE HEART OF IT

The imposing edifice of the hotel is itself an amalgam of art and architectural styles that range from Moorish domes and Florentine Renaissance to Oriental and Rajput. The grandeur of the floating staircase leading up to the dome, the extensive art collection adorning corridors, public spaces and the grand suites, all help trace India's history and art scene since the mid-20th century.

EVERY SUITE TELLS A STORY

The lavish Bell Tower Suite evokes the romance of a seafaring sojourn. The Maratha and Lotus Suites have their own integral leitmotif, paying homage to the great warrior clan and the national flower. The Tata Suite celebrates the legend of the Tatas. The Rajput Suite reflects the splendour of Rajputana royals. The Ravi Shankar Suite commemorates the 1966 meeting of George Harrison and Pandit Ravi Shankar. 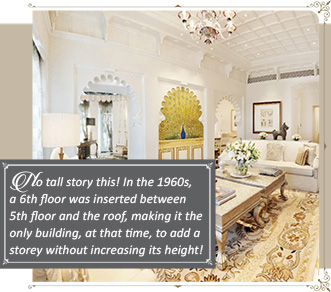 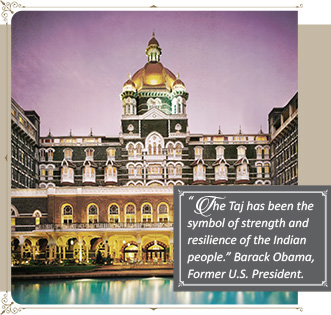 GRACED BY THE WHO'S WHO

The Taj Mahal Palace continues to be a symbol of grandeur and is considered one of the finest hotels in the world. But above all, it is the people and legendary hospitality that makes up the heart and soul of this heritage hotel!

So the next time you are in Mumbai, join us on a heritage walk to explore a bit of art and history, have a meal at one of our nine acclaimed restaurants or better still, soak it all in with a luxurious stay.

And while you are there, discover something new, something old and share it with us at #TajMahalPalace.