Activate Account
Your profile has been created successfully
One Time Password (OTP) has been sent to your registered email and phone number
Not received OTP?Resend OTP
OTP sent successfully

Not your registered email id? Please contact Taj InnerCircle member services on +91-22-66014842 or email us at innercircle@tajhotels.com for login assistance.

Forgot Password
Token*
Please enter the dynamic token sent to your registered email id.
New password has been sent to the mail id registered with us.

Login Error
An error occurred while processing your request

Local areas in San Francisco
Filter by
Art and History

At Taj Campton Place, patrons enjoy the premiere address in the city of San Francisco. Surrounded by architecture and shopping galore, Union Square lies right outside the hotel’s doorstep. Explore the large central plaza, stage lawn terraces to Geary Street, and Maiden lane as you indulge in local food and culture.

San Francisco has iconic landmarks aplenty: the Golden Gate bridge, Fisherman’s Wharf, Alcatraz, and famous neighborhoods including Chinatown, North Beach, Embarcadero, Jackson Square, Russian Hill, and Nob Hill. Home of Levi’s Stadium and the San Francisco 49ers, AT&T Park and the San Francisco Giants, and Oracle Arena and the Golden State Warriors, sports fans have year-round options to attend a game. For those looking to enjoy the arts, the city is rich with options including The San Francisco Museum of Modern Art, Asian Art Museum, the de Young Museum, the Legion of Honor, and countless venues to take in a symphony, opera, or ballet. For those with an appetite, Taj Campton Place is surrounded by World-Class Restaurants where you can choose your cuisine - Chinese, Japanese, French, Italian, Spanish, Moroccan, Indian, Malaysian, Mexican, Greek, Russian, or whatever your palate desires. After experiencing the city in daylight, visit the South of Market and Mission districts to experience an eclectic selection of live and recorded music in some of the best nightclubs in the country.

Open : 8.00AM -9.00PM
taj:Attractions/ConciergeRecommends
Take Home Luxurious Chocolate
Open :8.00AM-9.00PM
The iconic Ghiraredelli Chocolate Company, which has been around since 1852, is one of San Francisco’s oldest food producers. The gourmet chocolate squares, which come in flavours ranging from the timeless to the innovative, are a delight for chocoholics of all ages.

taj:Attractions/ConciergeRecommends
Chinatown
San Francisco’s Chinatown is credited as the birthplace of Chinese cuisine in the west, and is the oldest Chinatown in North America. It continues to retain its culture and vibe, and a visit during the Autumn Moon Festival, a traditional Chinese festival, will allow you to see the place buzzing with life and colour. 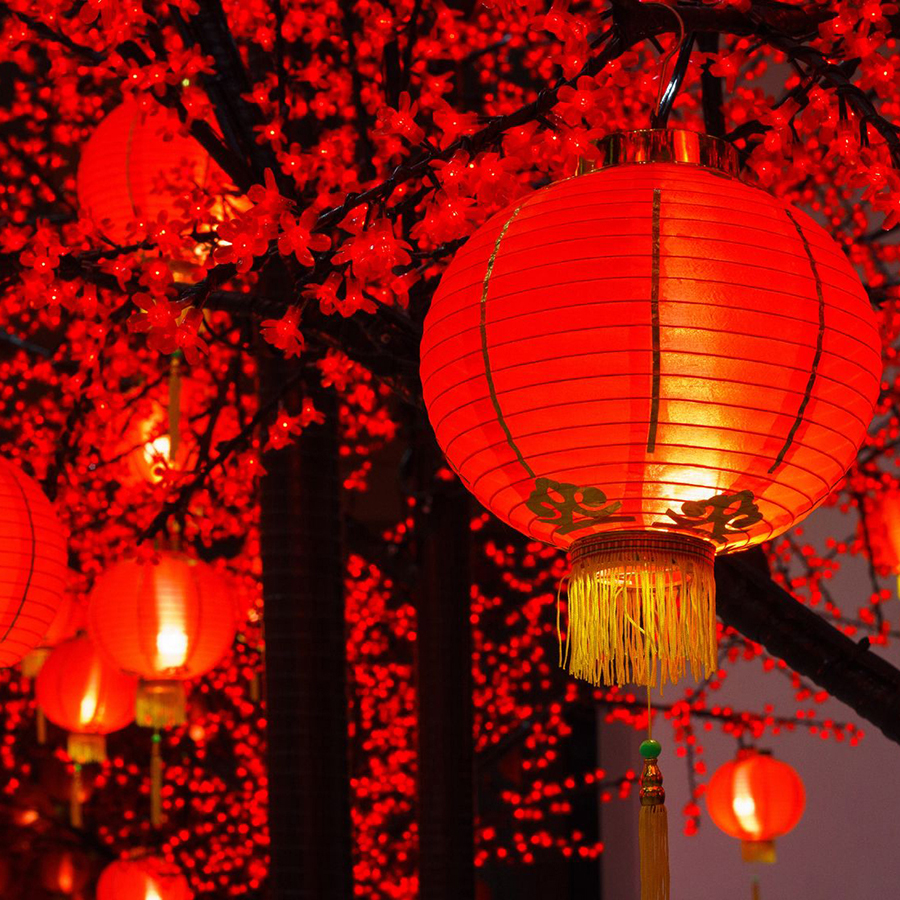 Ride On A Moving Landmark

Open : 6.00AM -12.30AM
taj:Attractions/ConciergeRecommends
Ride On A Moving Landmark
Open :6.00AM-12.30AM
Built to scale slopes that were too steep for horses in the pre-automotive age, San Francisco’s cable cars are historic landmarks. Hop aboard one of the three lines that leave from Union Square at the end of California Street, going through Chinatown, Nob Hill and Russian Hill to Fisherman’s Wharf. 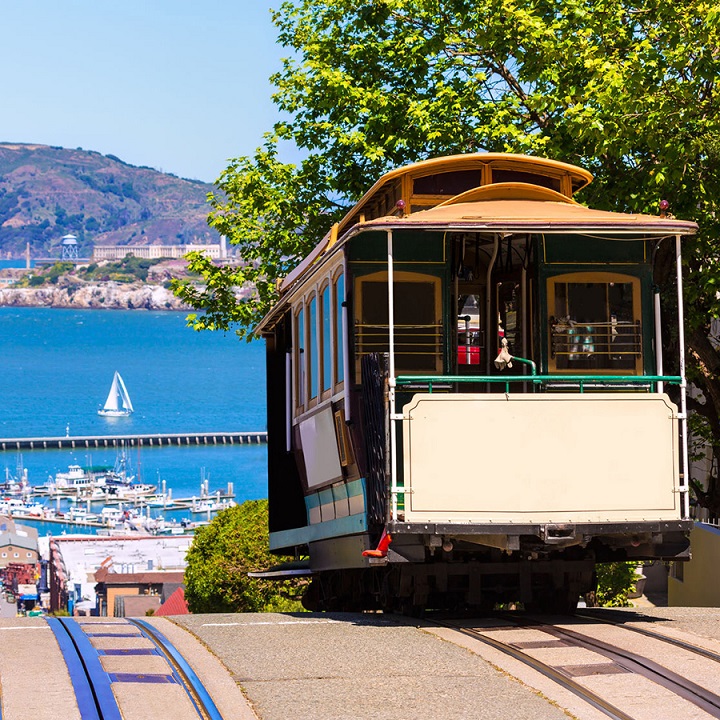 taj:Attractions/ConciergeRecommends
Alcatraz Island
Once a formidable prison housing notorious criminals of the likes of Al ‘Scarface’ Capone, today, Alcatraz Island offers a glimpse into the site’s tumultuous history. However, there is also a natural side to the Rock, as locals refer to it – explore its lovely gardens, tide pools, bird colonies, and bay views. 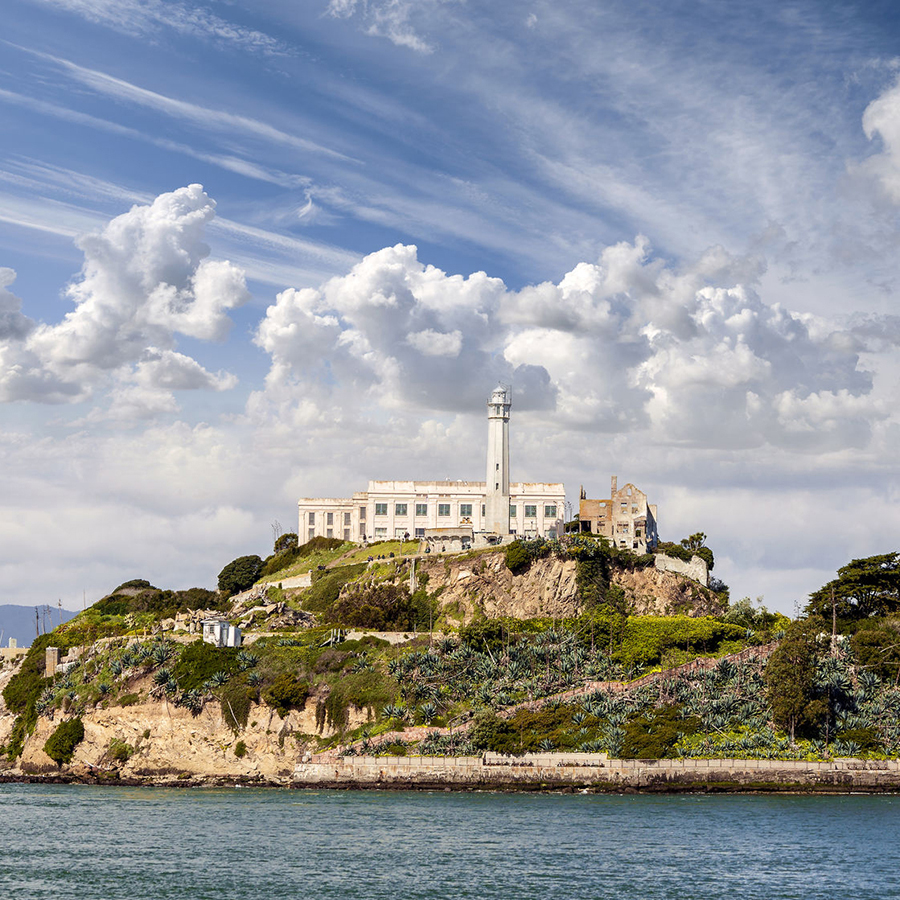 Open : 5.00AM -6.30PM
taj:Attractions/ConciergeRecommends
Golden Gate Bridge
Open :5.00AM-6.30PM
San Francisco’s signature landmark, the 1937 suspension bridge looms large across the city’s skyline. Once called “the bridge that couldn't be built,” it is one the seven wonders of the modern world. Gaze from afar at the bright orange landmark, enveloped in fog, or walk or bike its 1.7-mile span. 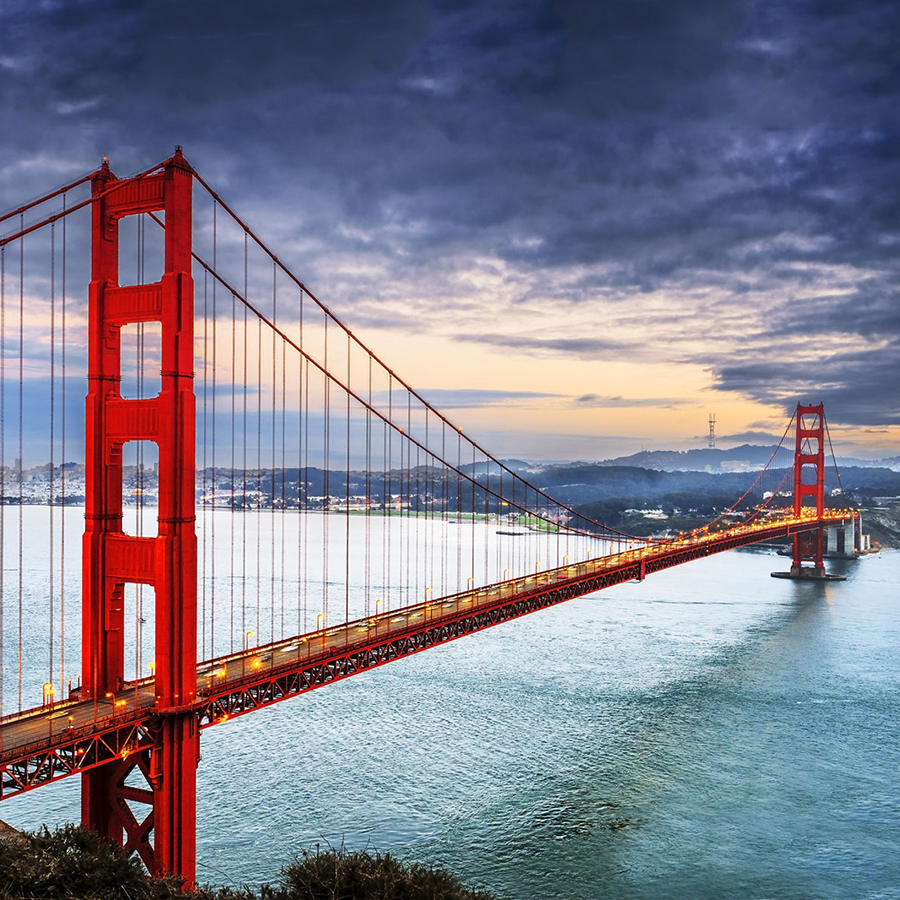 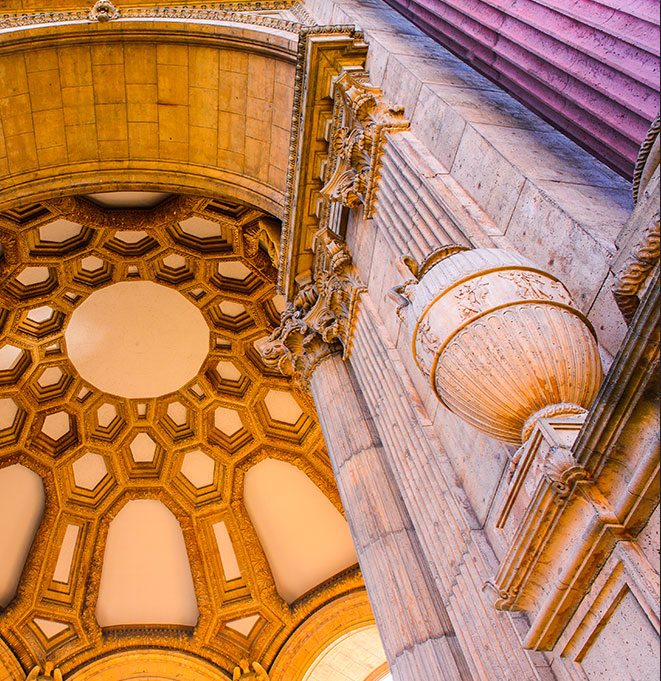 Discover The Murals Of The Mission

Open : 10.00AM -5.00PM
taj:Attractions/ConciergeRecommends
Discover The Murals Of The Mission
Open :10.00AM-5.00PM
Over two hundred vivid murals cover the Mission District, reflecting the area’s Hispanic heritage and the immigrant experience. Explore the area around Balmy Alley and 24th Street as you go on a cultural and historical guided mural walk with local artists.

Open : 9.00AM -6.00PM
taj:Attractions/ConciergeRecommends
Wander Through Golden Gate Park
Open :9.00AM-6.00PM
One of the largest man-made parks in the world, Golden Gate Park has three miles of landscaped gardens, forests and meadows that welcome explorations. Visit the awe-inspiring herd of American bison that call the park home, wander through the pretty Japanese Tea Garden and the Arboretum, and discover the rhododendron dell and rose garden. 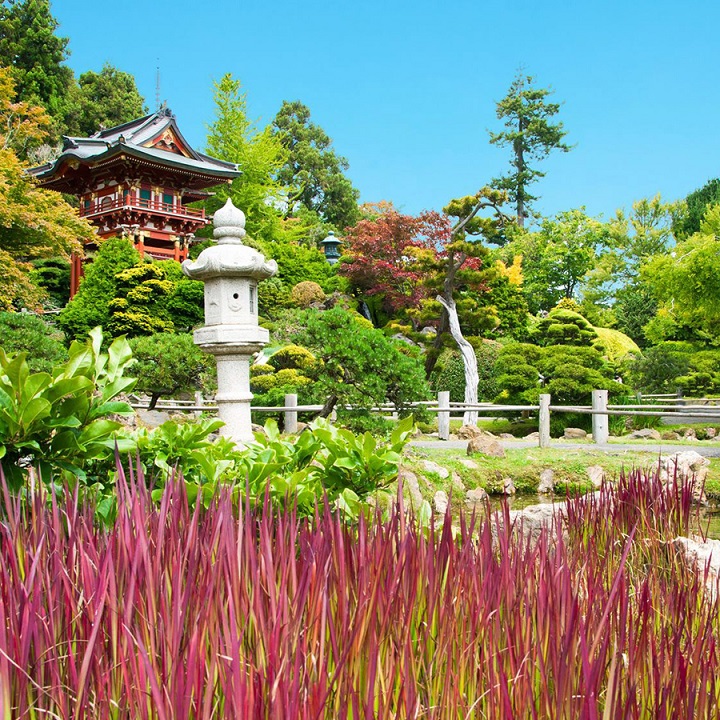 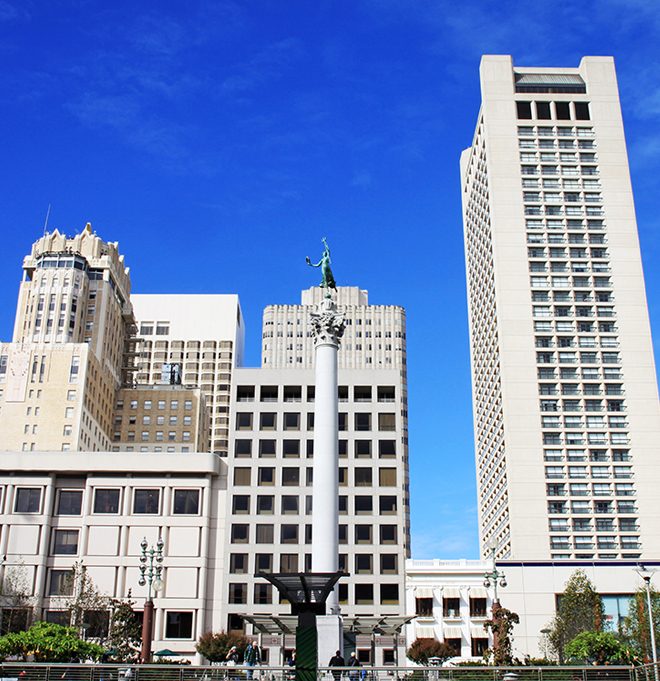